What we invest in 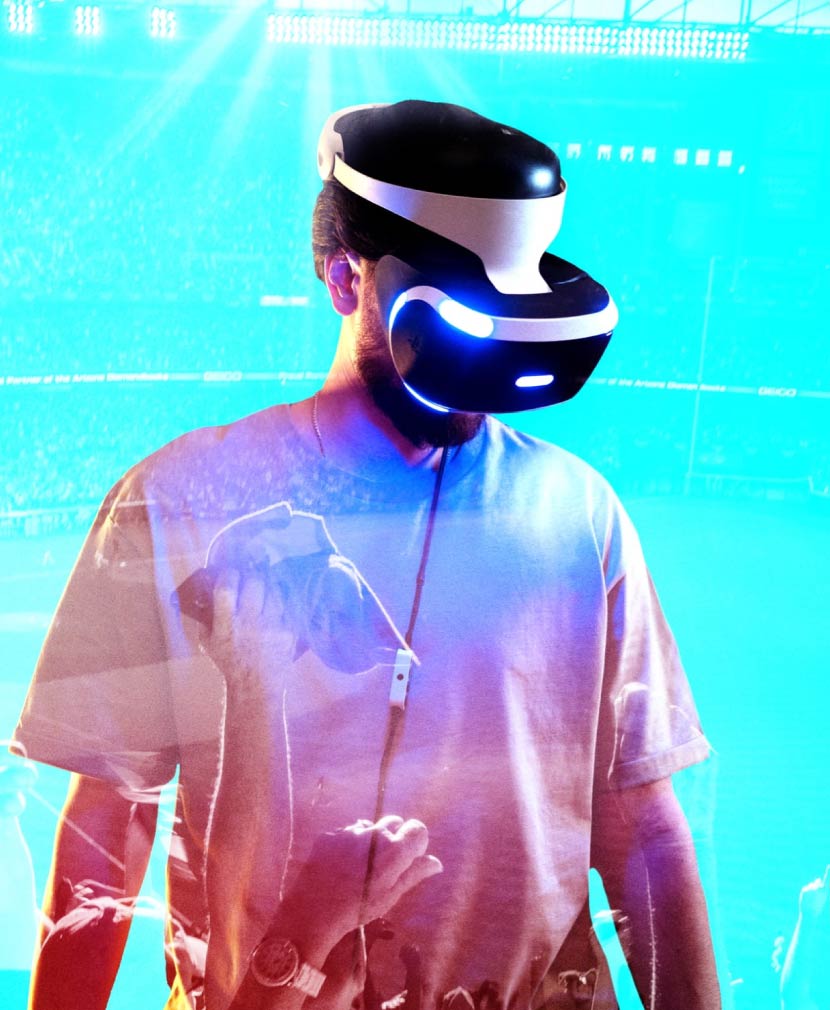 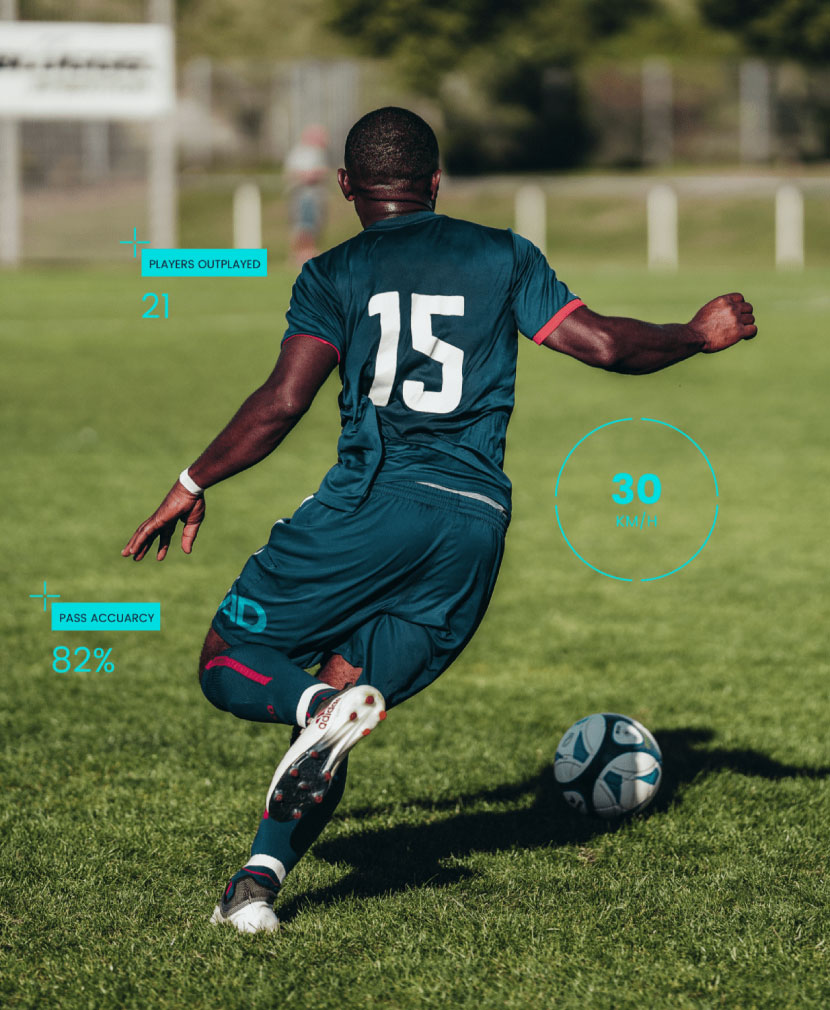 Technology has connected athletes more than ever before. Whether to themselves through innovations in performance tracking and solutions in player analytics, or to each other through connected sports communities and digital sports content delivery, the athletes of today are being mentally and physically shaped by technology. 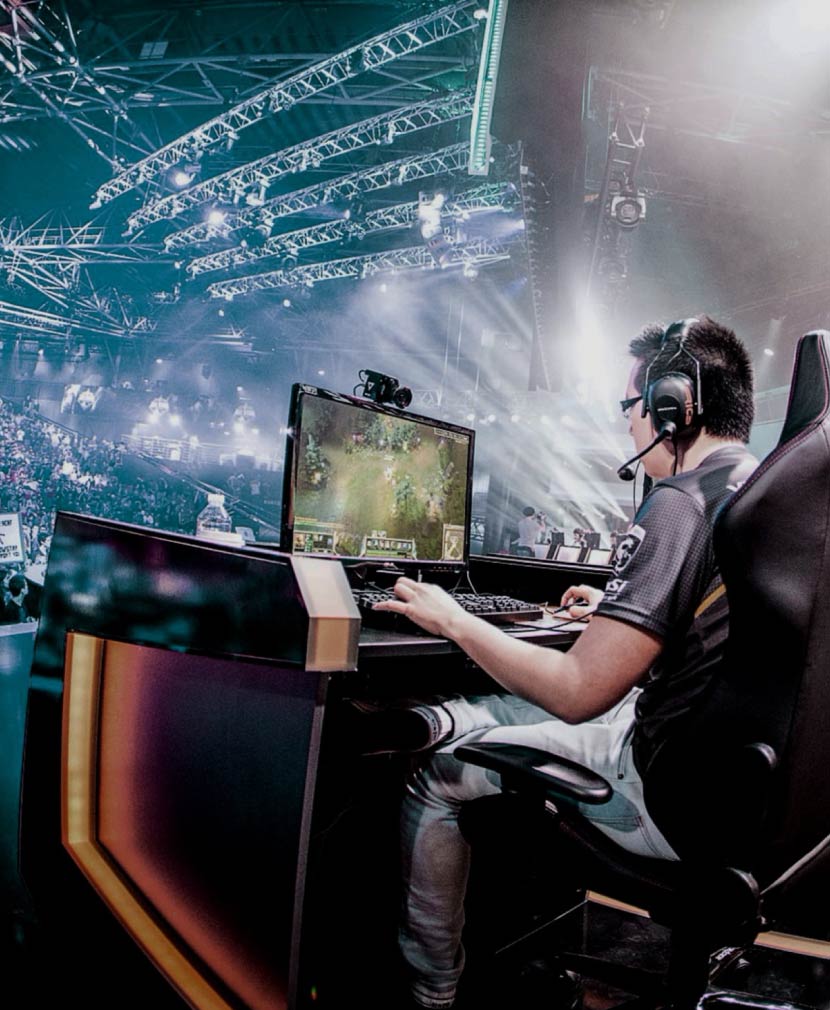 The sports world is burgeoning, with new and digital sports entirely changing the industry landscape. From fantasy, gaming and the commercialization of the global esports market to web 3.0 our definition of sports is constantly expanding.

just like in sports, we believe innovation in our sector transcends borders

We are a team that shares a deep passion for sports, entrepreneurship and the tech innovations changing the game. 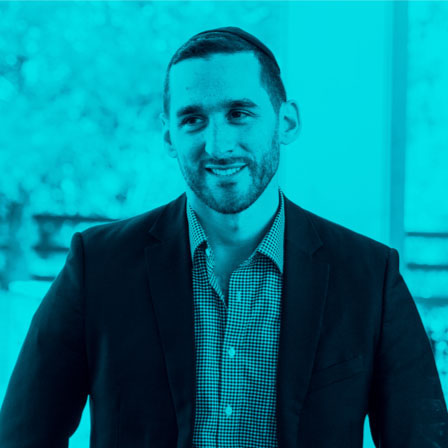 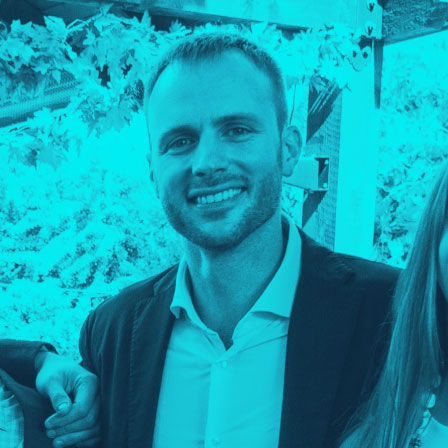 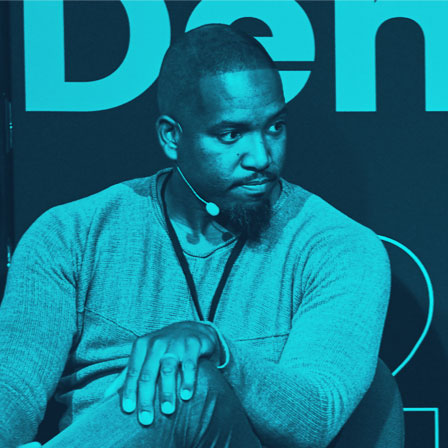 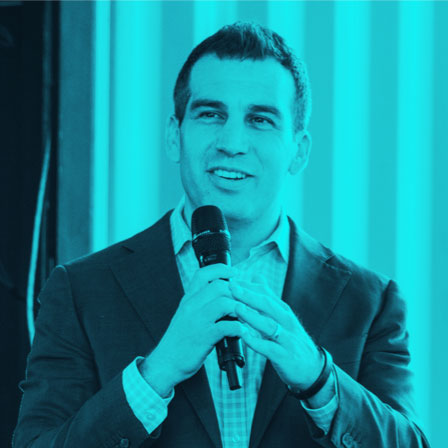 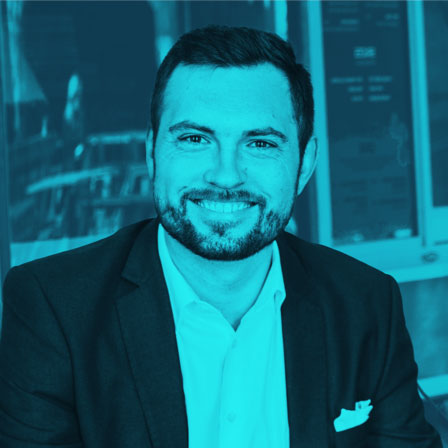 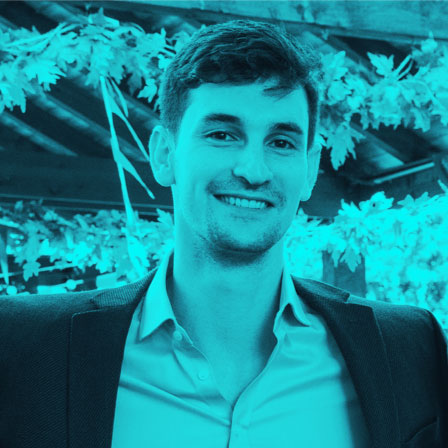 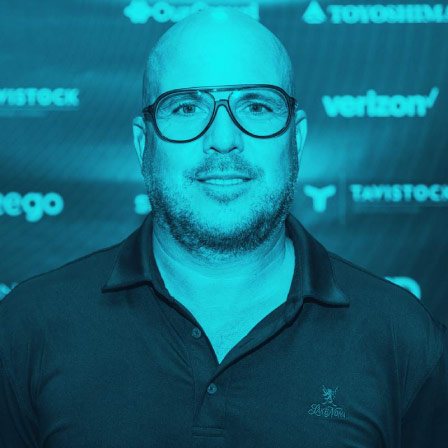 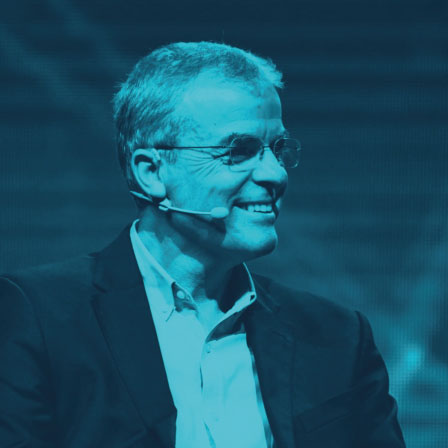 ADvantage unites a strategic and global network across sports, fitness and gaming.

A network of strategic investors from across the globe

Founded in 2015, RealFevr is a Web3 Portuguese startup building an ambitious ecosystem around licensed sports digital collectibles and video games. The startup is boosting the Sports GameFi & NFT space through product and market innovation, including solving the speculative and utility issues in the digital collectibles industry. 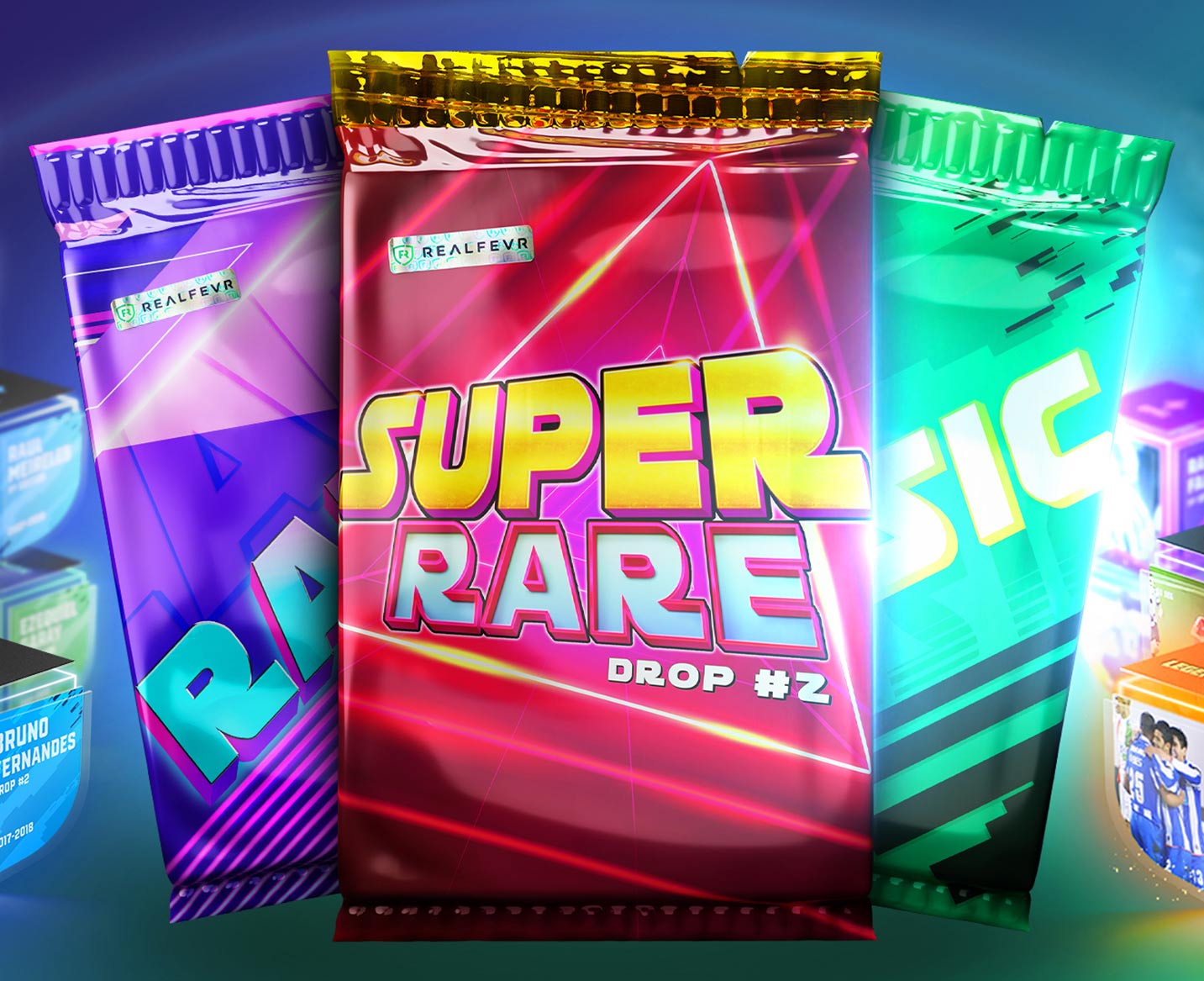 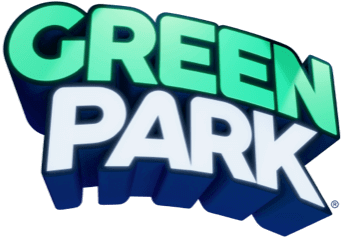 May the best
fan win!™

Founded in 2018, GreenPark Sports is a publisher and developer of fan-forward, digital experiences and mobile games for the new generation of sports and esports fans. 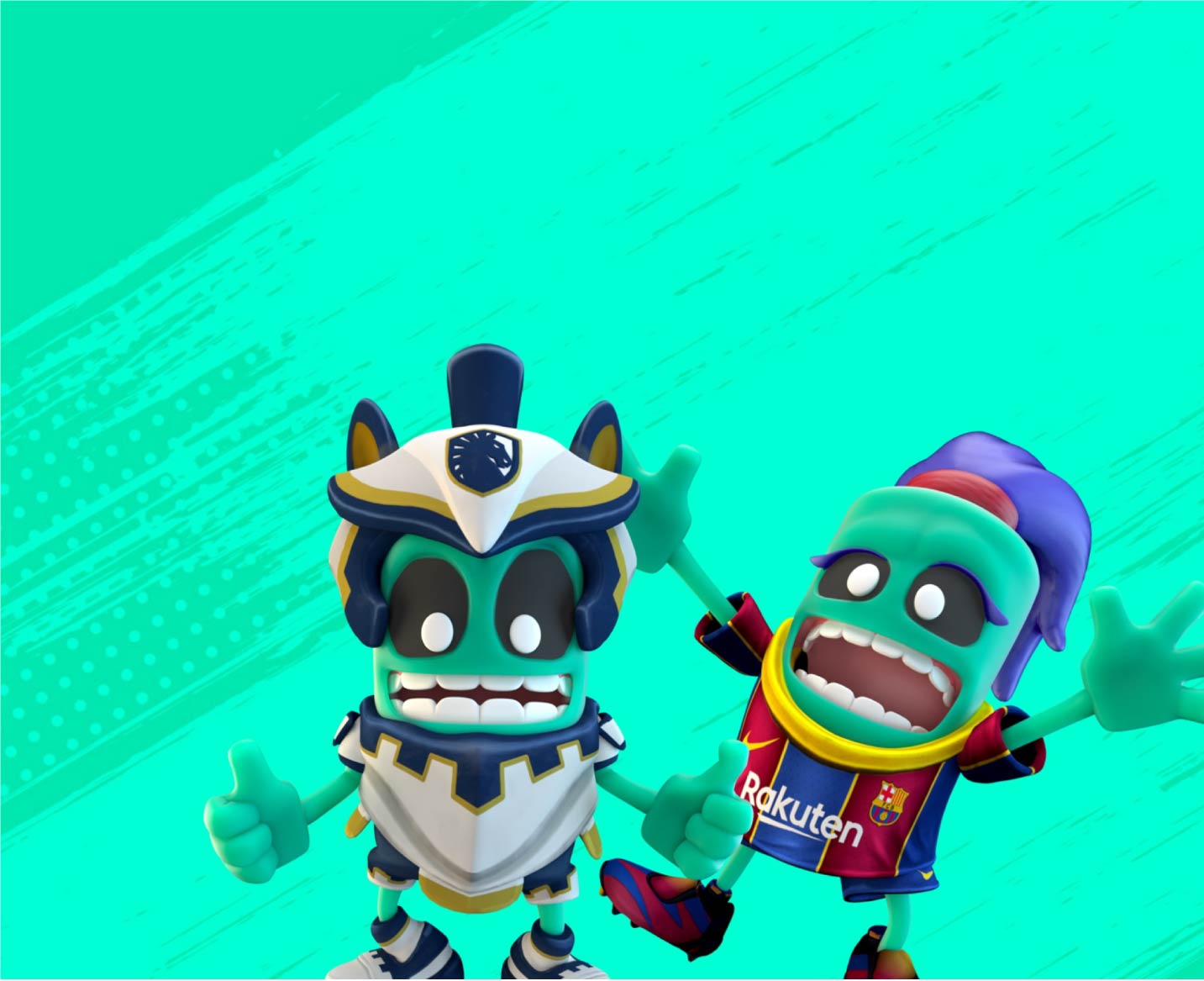 The flexible way to
watch and bet

TAPPP makes it easy for consumers to access sports content and engage with their favorite teams by unlocking multiple payment options. For many years, TAPPP has made NFL and MLB streaming products available across a vast network of physical and digital retailers in the US. 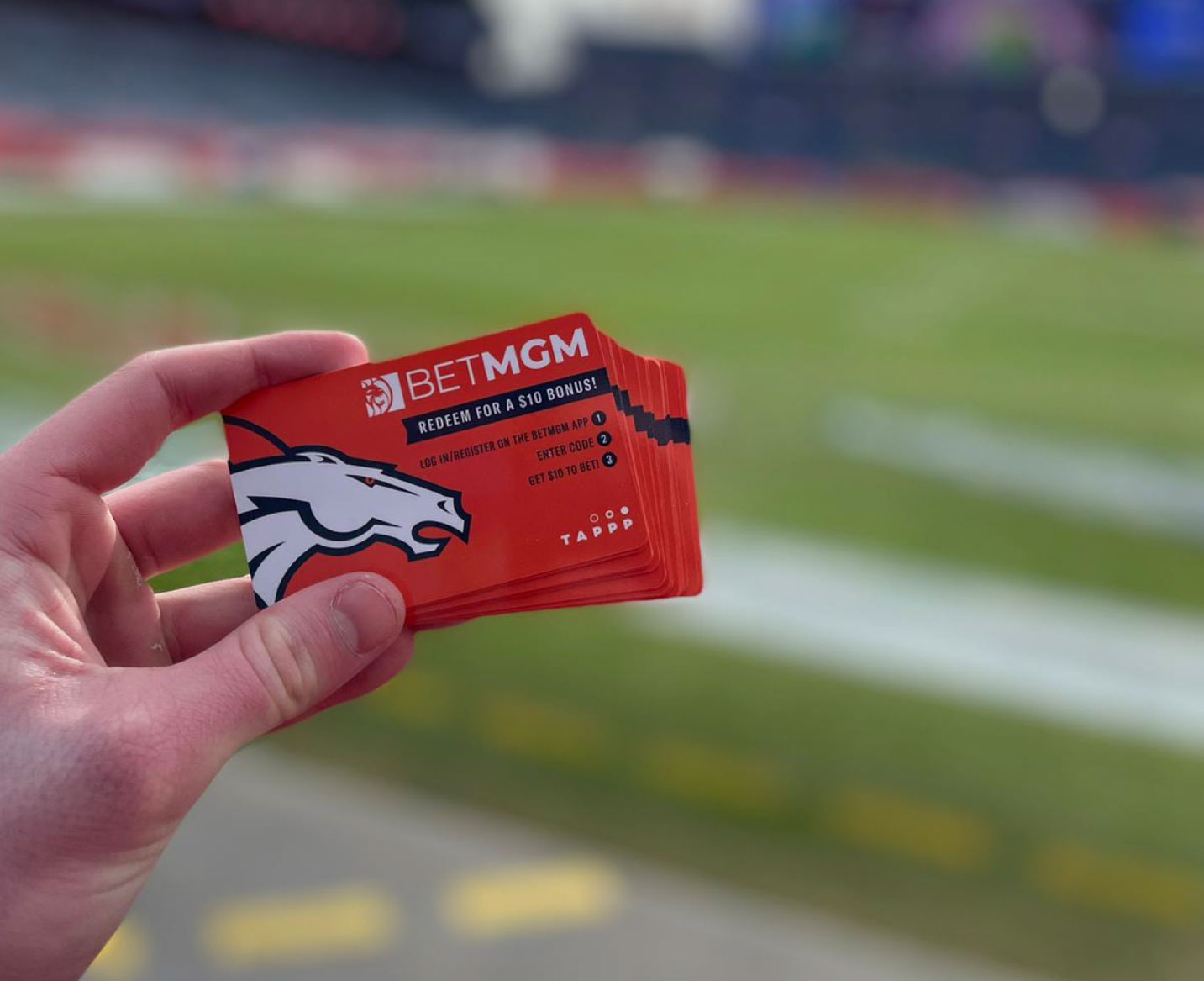 Next-gen analytics for everyone 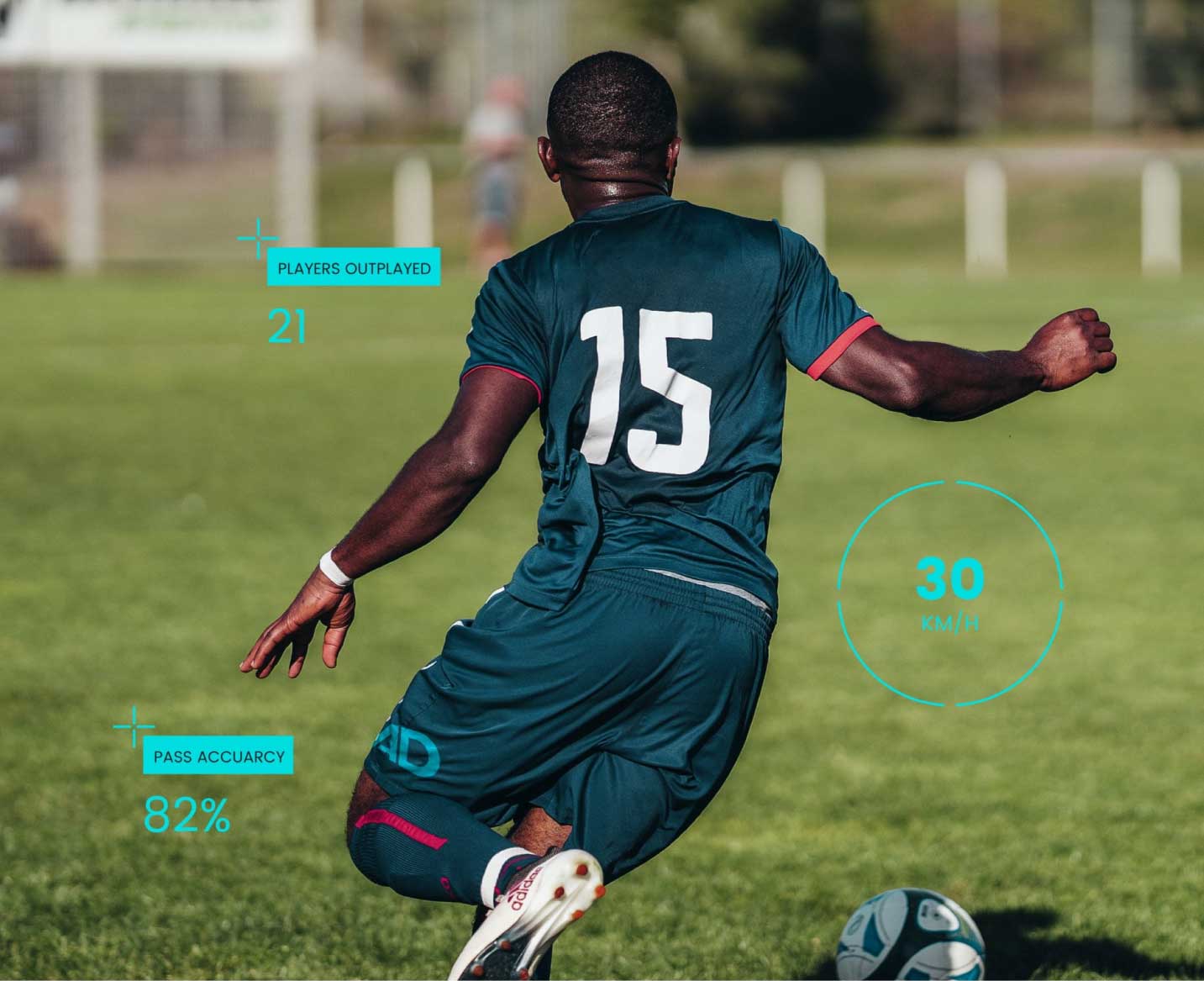 Time from the Machine

Tempus Ex Machina is the technological vanguard for the sports and entertainment industry. Merging sports, video, and data with innovation and accessibility, Tempus Ex technology enables the creation of new interactive experiences around live events. 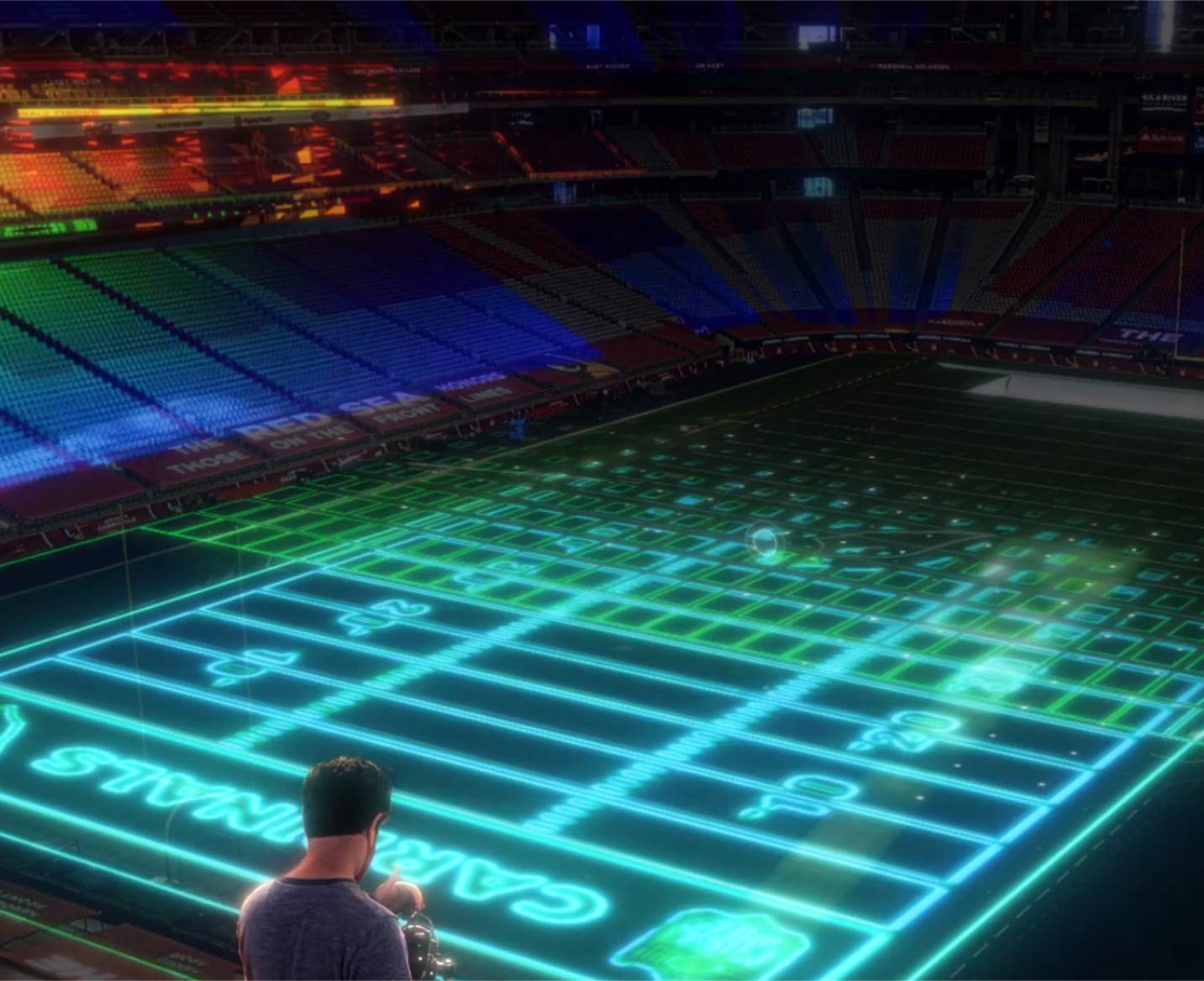 The future of Pilates

Flexia is a Sacramento-based company reshaping Pilates practice and redesigning the most essential piece of Pilates equipment, the Reformer. Flexia is creating a world where people can transcend the limitations of their body to achieve their unrealized potential and live with freedom and ease. 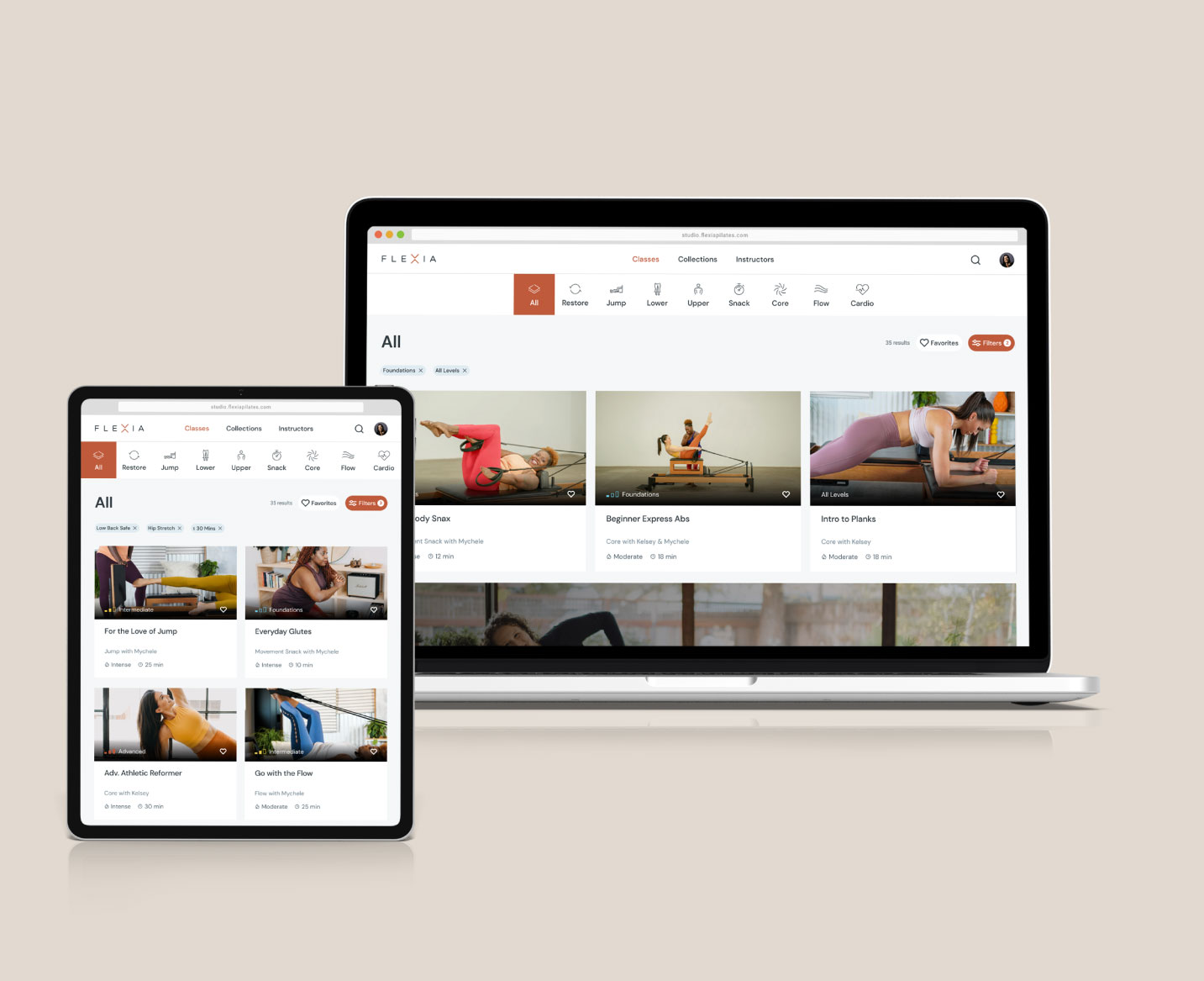 Providing a community platform to millions of gaming enthusiasts, Rooter is India’s leading game streaming and eSports platform. Rooter seamlessly allows mobile and PC gamers to stream their favorite titles, such as Call of Duty, Freefire, Valorant and much more. 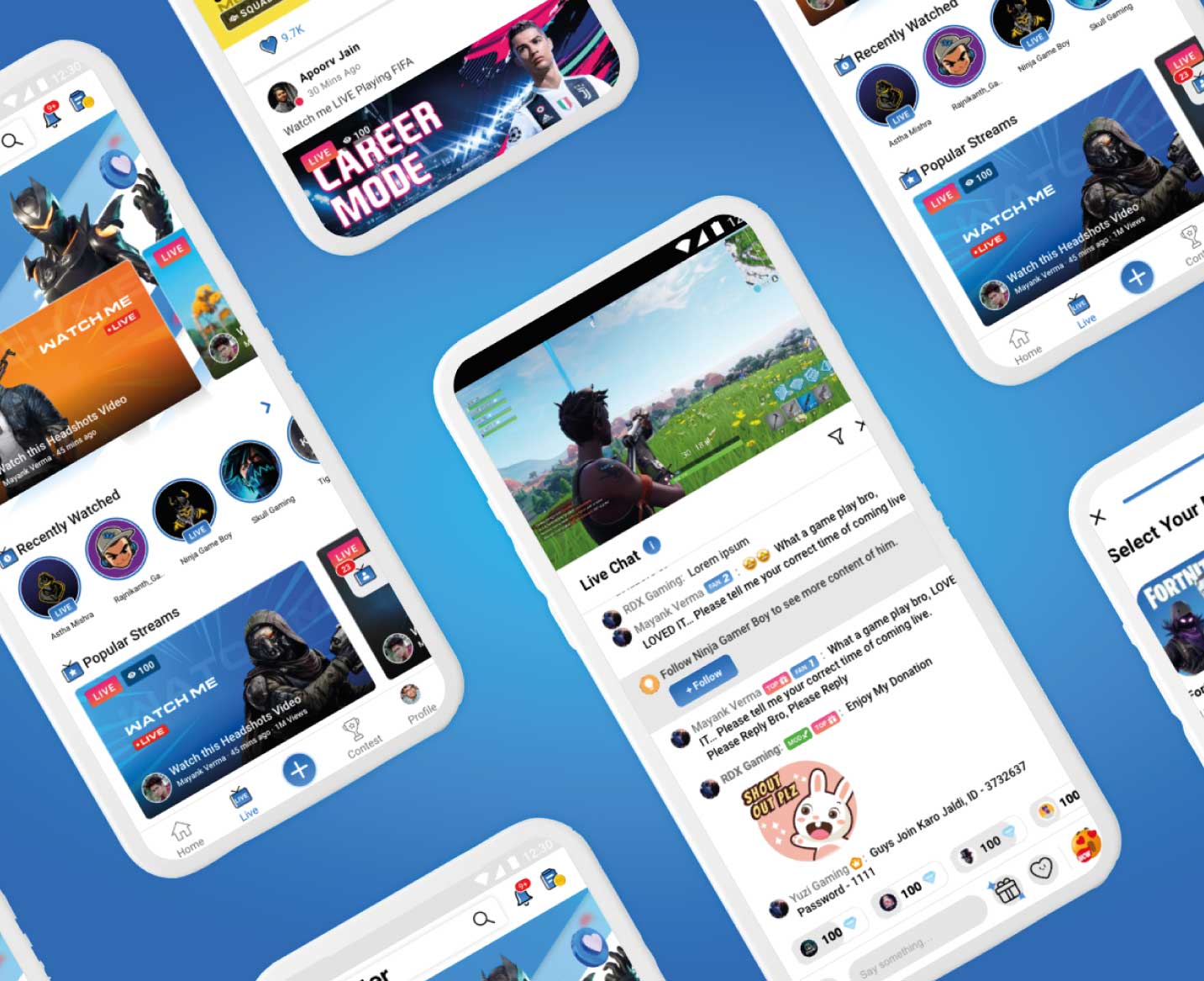 “Adi Dassler, the founder of adidas, was arguably the first sports tech entrepreneur ever and in many ways founded the modern sports industry. A century later, we are continuing his legacy by investing in entrepreneurs shaping the future of sports, by backing the Adi Dasslers of today.“ 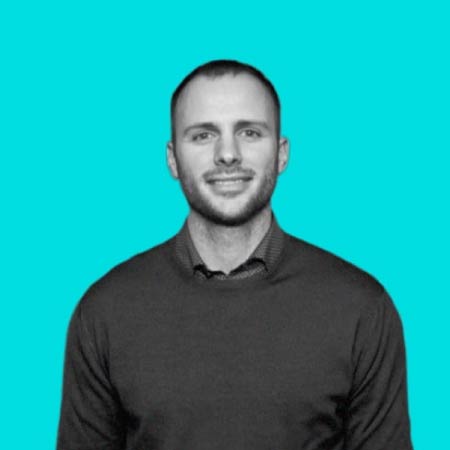 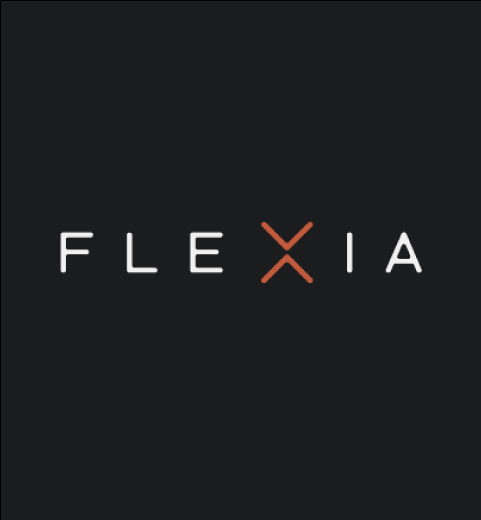 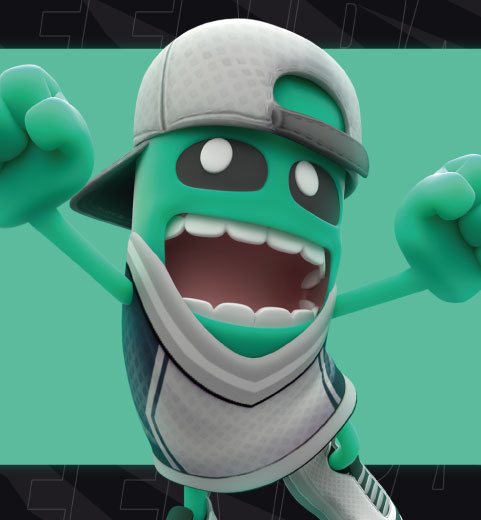 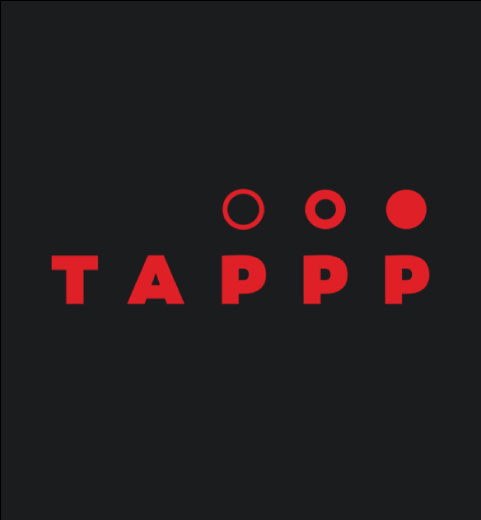 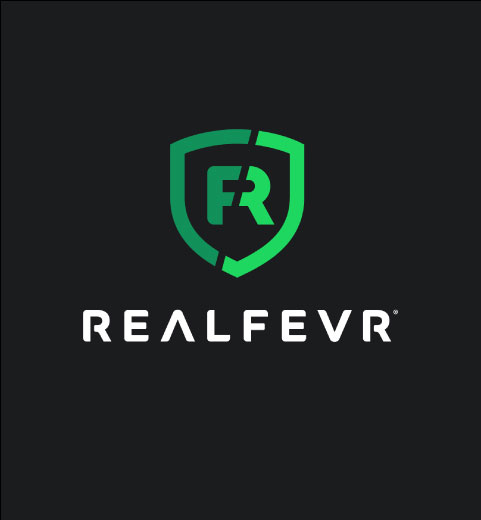 Flexia raises $4M to shape the future of connected Pilates

Originally from Philadelphia, Jeremy is an Israeli venture capitalist, professional basketball player and the founding partner of ADvantage. After a successful collegiate career at Yeshiva University where he was one of a dozen two- year captains in the school’s history, Jeremy chose to pursue a professional basketball career in Israel. Today, Jeremy is a seasoned veteran of Israel’s Artzit basketball league, having played six seasons on a number of teams in the Jerusalem and Tel Aviv areas.

As an investor, Jeremy started his nine year journey as one of the first hires at OurCrowd, Israel’s most active VC fund. Rising to Partner at OurCrowd during his more than seven years at the platform, Jeremy accumulated vast experience sourcing and conducting due diligence on technology deals with a specific focus on sports - including Replay Technologies (acquired by Intel ~$180m).

Jeremy is a loving husband and father of four, with a profound religious outlook, a passion for fine wine, and a deep appreciation for a solid slice of pizza. He and his family currently reside in Jerusalem.

Alex co-founded ADvantage in 2018 and manages the fund as a partner. Before ADvantage, he co-founded global sports tech investment platform leAD Sports.

In his more than 6 years investing in sports tech, Alex has been involved in sourcing and supporting more than 30 global investments in the space. As a great-grandson of Adi Dassler, he created multiple businesses to build on the legacy of his great-grandfather and brings a strong network in sports, business and investment to the fund and its portfolio companies.

Alex holds a master’s degree in Accounting and Finance from the University of St. Gallen, one of Europe’s leading business schools, and is a former competitive tennis player. Alex is a proud father and lives in Orlando with his family.

Michael Redd has been building, developing and investing in tech-focused startups since he retired from the NBA in 2013. After twelve seasons as a professional basketball player, both in the NBA and the US Olympic team in 2008, Michael has continued a strong drive toward excellence in his focus on ventures off the court.

He joined the ADvantage team as a venture partner in 2019 combining his passion for both sports and venture capital, with the goal to back companies improving human performance and preventing injuries. Michael is also involved in SnapChat’s Yellow incubator as a mentor and investor, and developing his own venture relationships with his firm 22 Ventures.

Previously, Ahron led the Arizona Coyotes organization as its President, CEO and Alternate Governor. During his time with the Coyotes, the franchise posted several record-setting business results, including all-time highs in ticket sales, corporate sponsorships, premium seating, merchandise and food & beverage. The organization was widely recognized as a best-in-class franchise for fan experience, including a top 3 ranking in the NHL by J.D. Power & Associates for overall customer satisfaction results. Most importantly, Cohen set the tone for sports team philanthropy by leading the organization to donate a record-setting $3.5 million into the Arizona community during his final year as CEO.

He also created a mandate for all Coyotes employees to donate at least 15 hours each year towards community service. Ahron also championed empowering diverse perspectives in the organization by drastically increasing the number of females on the executive management team and being the first team in the NHL to hire a female hocket ambassador in Lyndsey Fry. According to the former Athletic reporter Craig Morgan, “Cohen’s greatest legacy with the Coyotes will likely be the inclusive and responsive relationship he developed with the greater community.” Before becoming President & CEO, Ahron rose through the ranks of the organization, first serving as its Chief Legal Officer and thereafter its COO.

With a background in special education and law, John Weaver is an entrepreneur, investor, and startup lawyer.

John started his journey in the startup and venture capital world in 2015 when co-founded Stansbury Weaver, a law firm that provides strategic and legal counsel to startups, entrepreneurs, and investors. John’s areas of expertise lie in intellectual property, licensing, and raising capital. Seeing an opportunity to have a greater impact, John co-founded 22 Ventures, an acquisition ecosystem created to support entrepreneurs and leaders, with Michael Redd, former NBA all-star and Olympic gold medalist. John is 22 Ventures’ COO.

Before starting his career in the startup industry, John taught, ran a summer camp, and practiced criminal defense and juvenile law. He holds a JD from the University of Michigan Law School and lives in Columbus, Ohio, with his two dogs and three kids.

Zach is an investment analyst and professional basketball player. As an ADvantage analyst, he combines his passion for sports and investment by managing the Fund's deal flow, conducting follow up due diligence, and providing insight and recommendations to the ADvantage team.

Before moving to Israel, Zach worked at a couple of hedge funds in NYC, a Hollywood management company, and was a student-athlete at Harvard, where he graduated with an AB in Economics.

Christoph is co-Founder and CEO of leAD, since it was founded in July 2016, and has been part of ADvantage since April 2018. He is an experienced serial entrepreneur, venture capital expert, strategist, and marketing professional with a passion for start-ups and sports.

In the last twenty years, Christoph has founded, managed, and sold several businesses, structured funds, and innovation projects in the sports and entertainment industry. He started his professional career as an early employee with Red Bull, the energy drink and since then, has been actively involved in investing, building, and exiting start-ups, while shaping the future of Sports and Health Technology at leAD.

Prior to joining OurCrowd in 2017 as President and Chief Institutional Officer, Andy spent over 21 years in the finance industry, working with world leading hi-tech and growth companies from all over the globe. His experience includes 7 years at Robertson Stephens where he was CEO and head of their Israel practice and head of two European industry groups. Four years as regional head for CIBCWM's investment banking operation and five years in China as Head of Asia for William Blair, followed by two years in London as Managing Director of EMEA Tech. Throughout his career Andy has excelled in establishing and expanding operations in new and existing markets, developing them to become significant players and industry leaders.